Superconduct will deal AoE Cryo Damage, and reduce the Physical Resistance of targets hit by 40% for 12 seconds.

Superconduct's damage will scale with Character level and Elemental Mastery, with the base damage of the reaction being multiplied by these variables. ATK, Crit rate, Crit DMG and any other stats besides CL and EM will not impact the damage of this reaction.

How to trigger Superconduct Genshin Impact

Superconduct can be activated by combining the Cryo aura with the Electro aura or vice versa. This can be achieved by either applying both auras with the Playable Characters in your party, or by applying Electro/Cryo to an Enemy who already has the complementary aura, such as a Cryo Slime/Electro Slime.

An example of this reaction is shown below with Ice Slimes and Raiden Shogun. In the image, Raiden Shogun uses her Elemental Skill Transcendence: Baleful Omen to deal AoE Electro damage to the slimes on the field. This reaction triggers Superconduct, dealing some Cryo DMG and making the slimes more vulnerable to physical attacks for 12 seconds. 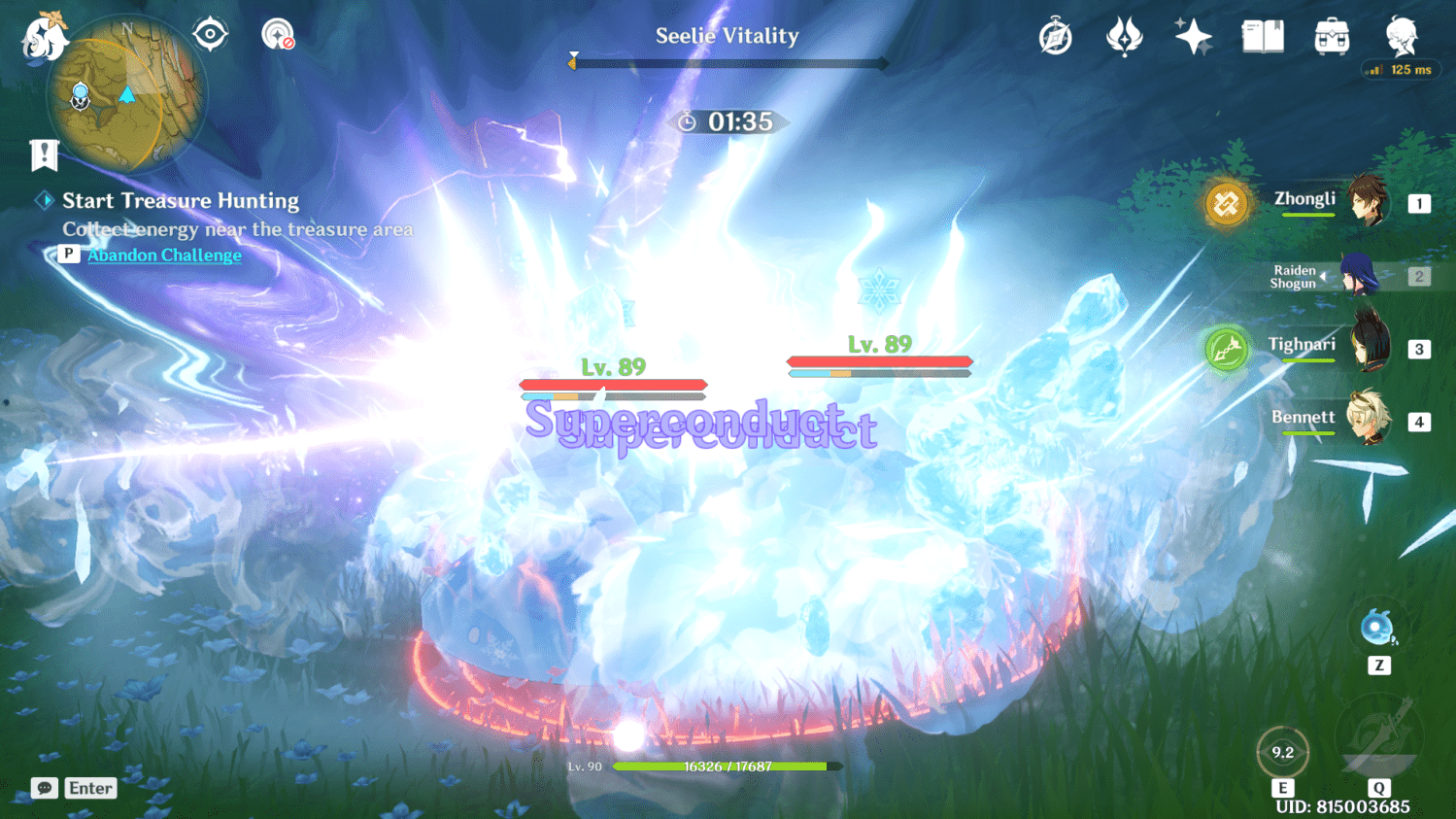 The Superconduct Elemental Reaction can become more effective against Enemies if the following Artifacts are used: