Locations in Genshin Impact features the different areas that players can explore. The game presents a vast world called Teyvat where the seven elements flow and converge, you'll be able to discover towns, settlements, landscapes, and dungeons, apart from that, players will also encounter NPCs, Characters, Enemies, and Bosses. This page covers a list of the various areas that can be discovered in the game.

What kind of locations are there in Genshin Impact?

What are Domains in Genshin Impact?

Domains are the temples or dungeons that are also found amongst the many locations of Genshin Impact. They involve some challenges, stages and goals that may be involved with some main quests, or may require players to come across them on their own through adventuring. Players can complete these challenges and domains and gain rewards. This includes Equipment, Artifacts, Mora, Adventure EXP and various Materials that could aid with Weapon and Character Ascenison and enhancements and more. Some of these domains can be encountered or played more than once, but other domains are considered one-time domains, which will only offer rewards after the first playthrough.

There are a few types of domains that can be found around the Genshin Impact Map.

What are the Main Regions in Genshin Impact?

Most areas and points of interest can be found in the following locations:

Other notable larger regions that are found on the map include:

What types of merchants and shops are there in Genshin Impact?

Throughout the different locations, players may come across various merchants or points of interest where they can trade or purchase Items. A few notable areas such as blacksmiths, flower shops, bookstores, restaurants, taverns, souvenir shops, groceries and general stores are usually located within city districts such Mondstadt City and Liyue Harbour or Inazuma City. These notable establishments can be found below:

Quick Search of All Locations 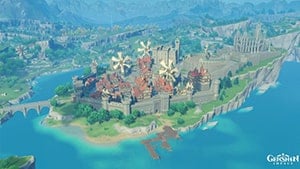 A city of freedom that lies in the northeast of Teyvat. From amongst mountains and wide-open plains, carefree breezes carry the scent of dandelions — a gift from the Anemo God, Barbatos — across Cider Lake to Mondstadt, which sits on an island in the middle of the lake. 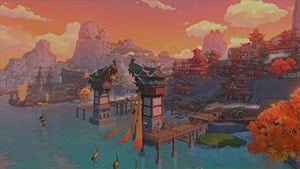 A bountiful harbor that lies in the east of Teyvat. Mountains stand tall and proud alongside the stone forest, that, together with the open plains and lively rivers, make up Liyue's bountiful landscape, which shows its unique beauty through each of the four seasons. Just how many gifts from the Geo God lie in wait amongst the rocks of Liyue's mountains? 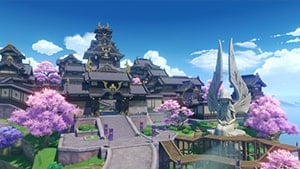 An Isolated Archipelago Far East of Teyvat. Overcome endless thunderstorms and set foot on the islands of red maple and cherry blossoms. On winding shores and towering cliffs, and in forests and mountains full of secrets, witness the Eternity pursued by Her Excellency, the Almighty Narukami Ogosho. 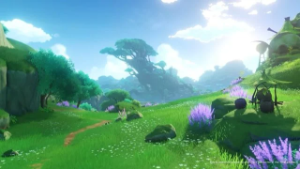 Sumeru City is nestled among the rainforest, surrounded by ancient trees and rivers.
Head westward, and you will step into the realm of dust and sand.
Many are the secrets hidden in the rain and sand. 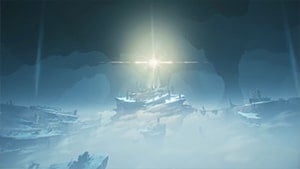 The only hope for Watatsumi Island's salvation lies within this all-new, secret-shrouded area — Enkanomiya.
Head into Enkanomiya and complete the trials of valor that await there.