Pact of Stars and Moon is an Outfit or Cosmetic Outfit in Genshin Impact. Outfits for Genshin Impact are an equipment category of the game that are usually featured in special events or purchased via the Character Outfit Shop. These change the appearance of a Playable Character that can be previewed and worn in the Dressing Room. Outfits are purely cosmetic, and add no real stats or strength to any character that has them equipped, meaning they are not helpful in progressing the game.

Mona's outfit. A costume made specifically to encompass the astrological concept of "the destined moment," thanks to the 30% discount ticket she got from the planetarium refund.

Listed below are some unique voice lines of Mona when they are wearing their alternate outfit, Pact of Stars and Moon.

Pact of Stars and Moon Outfit Lore in Genshin Impact

By the time you arrived at Starsnatch Cliff, Mona had already been waiting for you for some time.
She was looking up at the starry sky, a song you did not recognize on her lips. As you approached, a sudden urge to prank her came over you... But even as you crept up, angling to clap her on the shoulder, she stopped singing.
"If you were trying to scare me, I'm afraid you're too late."

Ah, as one might have expected from Mona Megistus, the Astrologist. Your attempt failed, you could only sit beside her. Clearing her throat, Mona began to speak in a professorial tone—
"The stars are truly lovely today, making this a fine night to watch the sky. And now that I've convinced the couple who are usually here to leave, this is now the perfect spot to conduct our class on the 'Basics of Astrology.'"
Huh. So that's why you hadn't seen Marvin or Marla.
"Then let's begin."
"'Astrology' is an umbrella term for the study of the laws that govern the movements of matter. The celestial bodies are but a shallow subject of research in this regard..."
You understood the basic preamble just fine, but as she continued to speak, the topic grew more complicated, and you started to lose the plot. Still, she spoke so enthusiastically about the subject that you could not bring yourself to interrupt.
Looking at her bright gray eyes and her constant gesticulations, you couldn't help but feel some embarrassment... Wait a moment.
"Did you change your clothes?"
Seeming to not expect your question, she seemed a little put on the spot at first, though she recovered quickly.
"That's right. I'm wearing these new clothes just to commemorate this momentous occasion as your astrology teacher. You can take this as a sign of... uh, respect."
Feeling a little guilty, you told yourself to get serious. Slapping the sagging, sleeping cheeks of yours, you forced your eyes open and continued listening to her lecture.
"The laws of matter are actually very simple. Rather, it is the principles that govern humanity that are the most complex. As such, we astrologists..."
All the while, you thought to yourself, don't fall asleep, don't fall asleep, don't... Zzz...
"Heh. What am I going to do with you..." Your astrology master mutters. 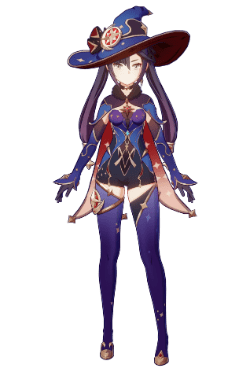