The shards last on the field for roughly 18 seconds, and the shield lasts for about 15. Shields do not stack, and will simply replace the existing shield and renew the duration. Elemental Shields are block much more damage against attacks of the corresponding element.

Crystallize's shield health will scale with Character level and Elemental Mastery, with the base damage of the reaction being multiplied by these variables. ATK, Crit rate, Crit DMG and any other stats besides CL and EM will not impact the damage of this reaction.

How to trigger Crystallize Genshin Impact

An example of this reaction is shown below with Ice Slimes and Zhongli. In the image, Zhongli uses his Elemental Skill Dominus Lapidis to deal AoE Geo damage to the slimes on the field. This reaction creates Cryo Elemental Shards, which were picked up to give Zhongli a blue shield, which is most effective against Cryo attacks. 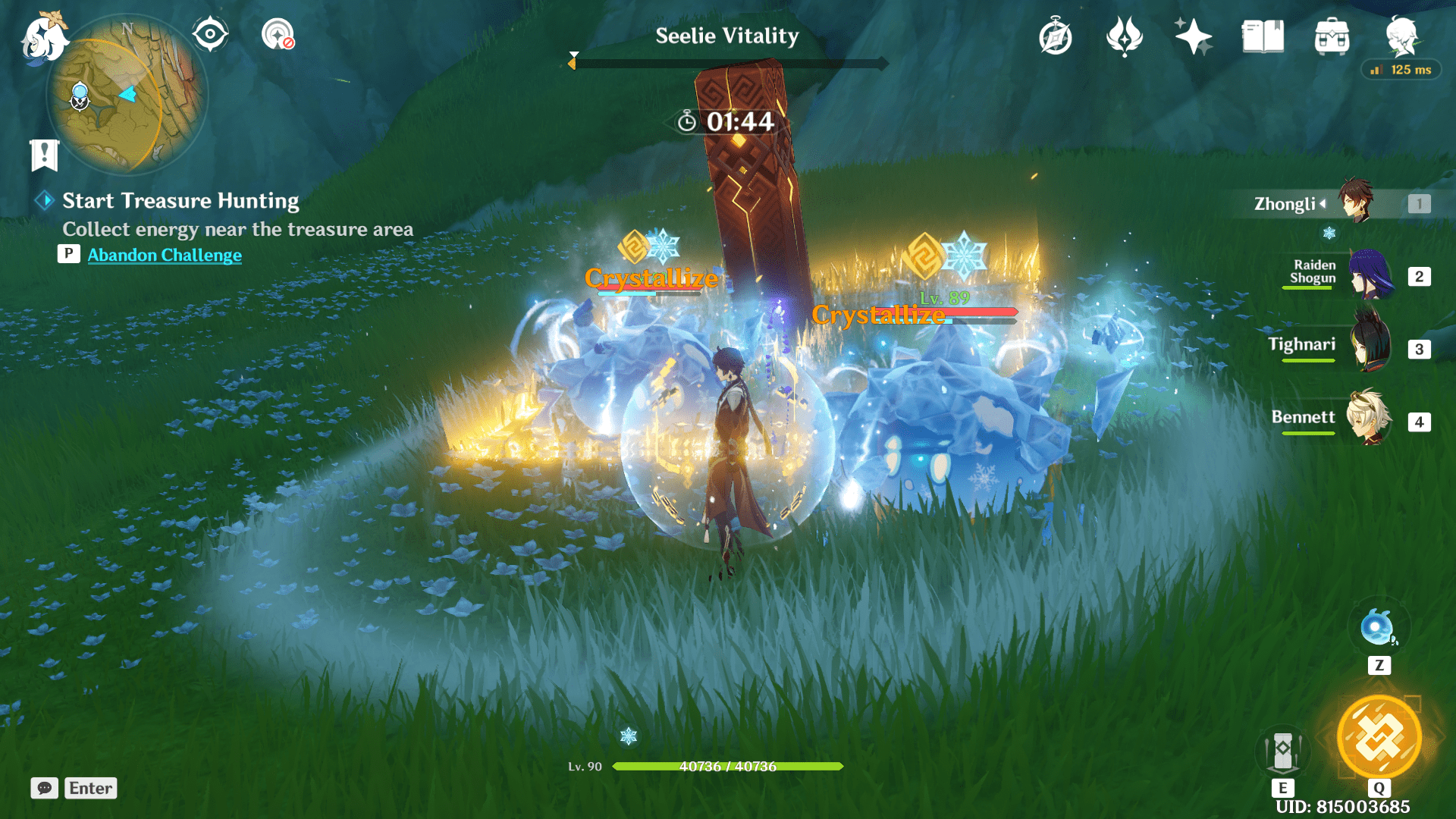 The Crystallize Elemental Reaction can become more effective against Enemies if the following Artifacts are used: